A little more than a year has passed since the start of this project. I joked with my editor that I have been at this “for 389 days, but who’s counting?” But it turns out that I am counting.

I submitted the proposal for this book in February 7, 2014, after starting it on January 24, 2014, which was a few days after chatting with Mike Stephens. Since early March, when I started in earnest, I have worked practically every evening. There have been two breaks (family vacation, and a conference, but aside from that, it’s been a daily part of my evening routine.

In status e-mails with the publisher, I see two columns of dates: the ones denoted in the contract, and the revised dates. I’m grateful for every extension, especially since the contract stated the book was due a month ago. Now I’m on track to finish by the end of March. By then I’ll have been at it for over 400 days, but who’s counting?

Thank You for reading! 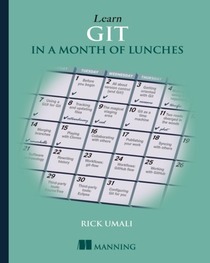